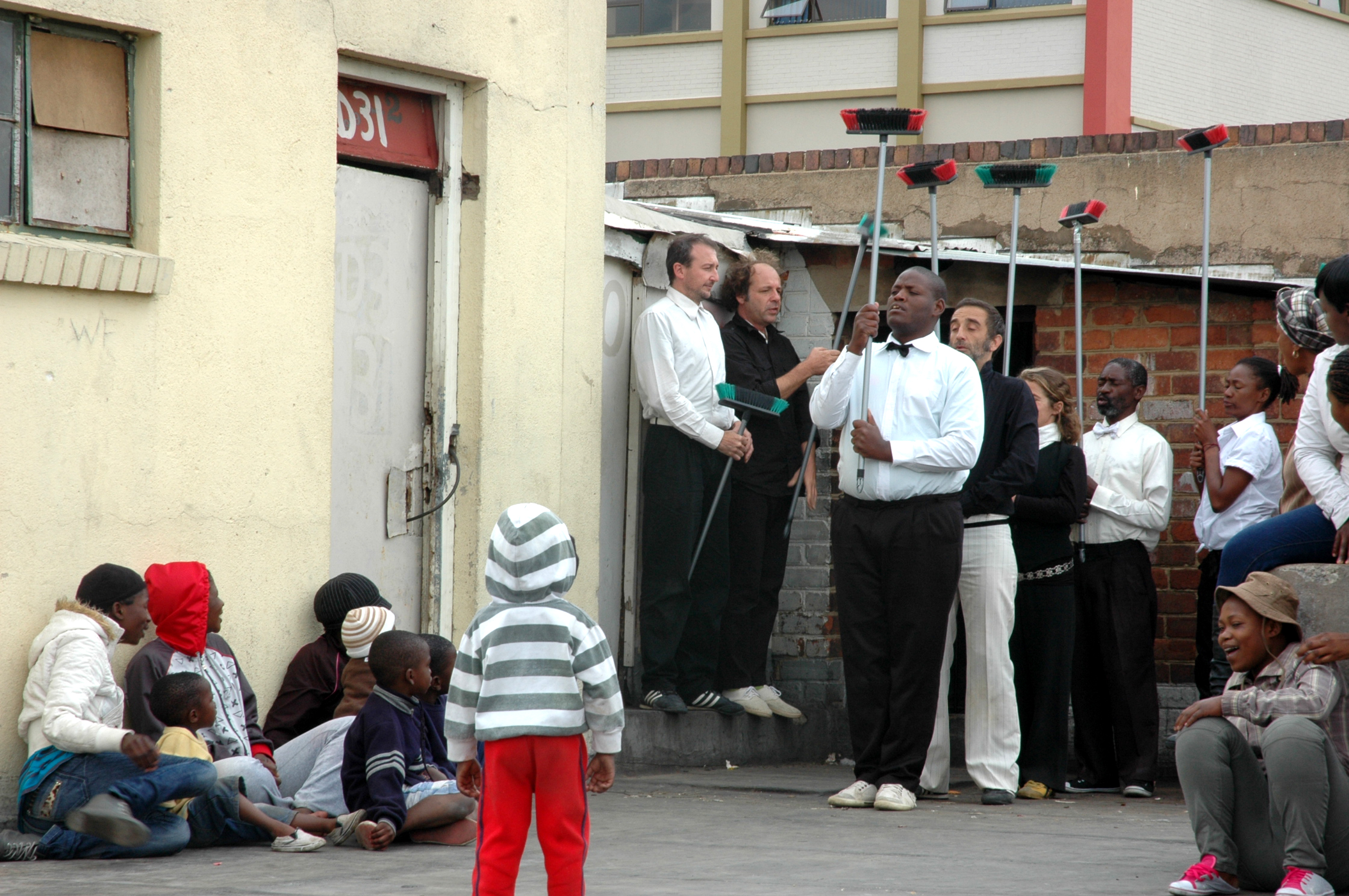 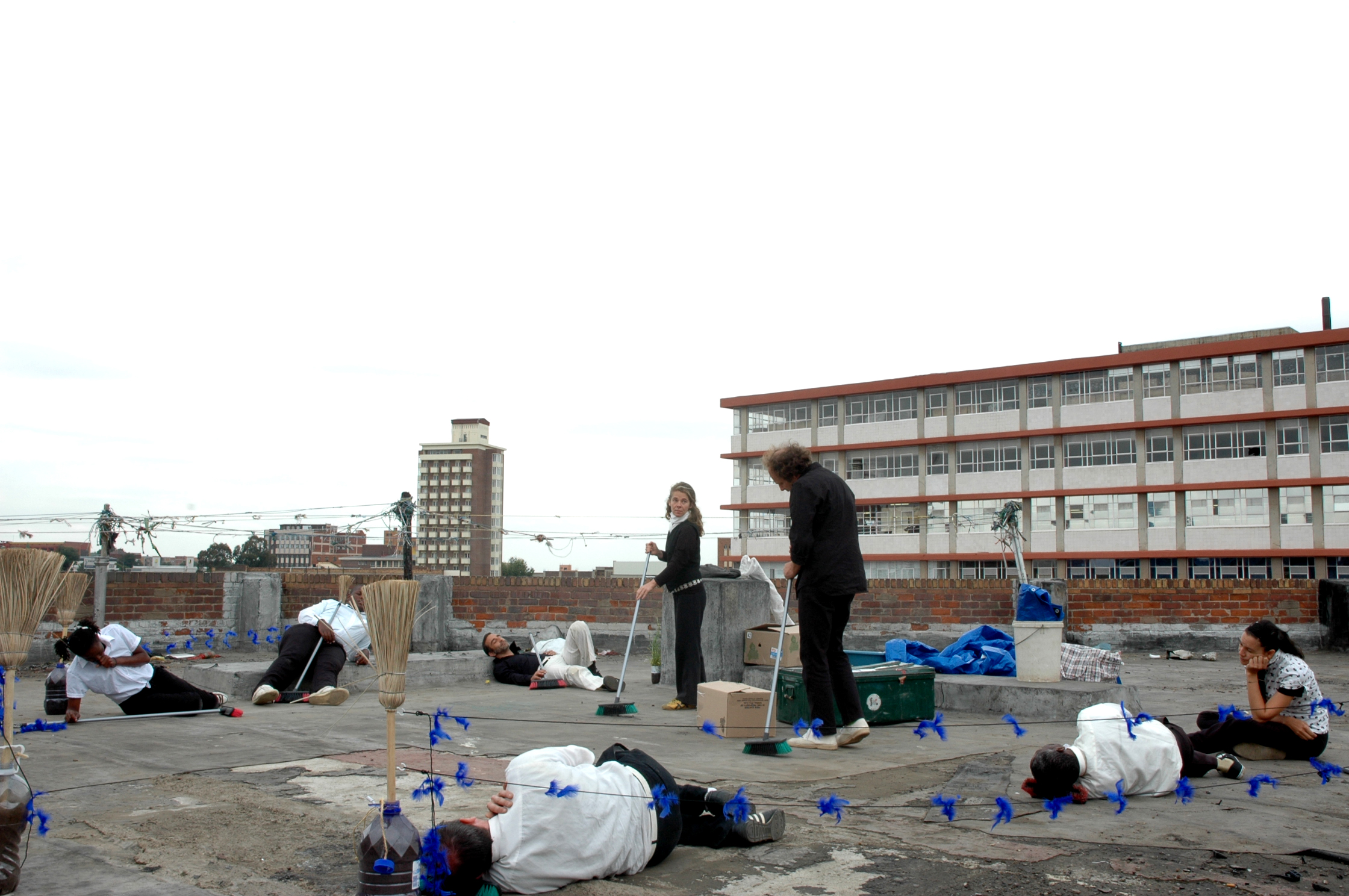 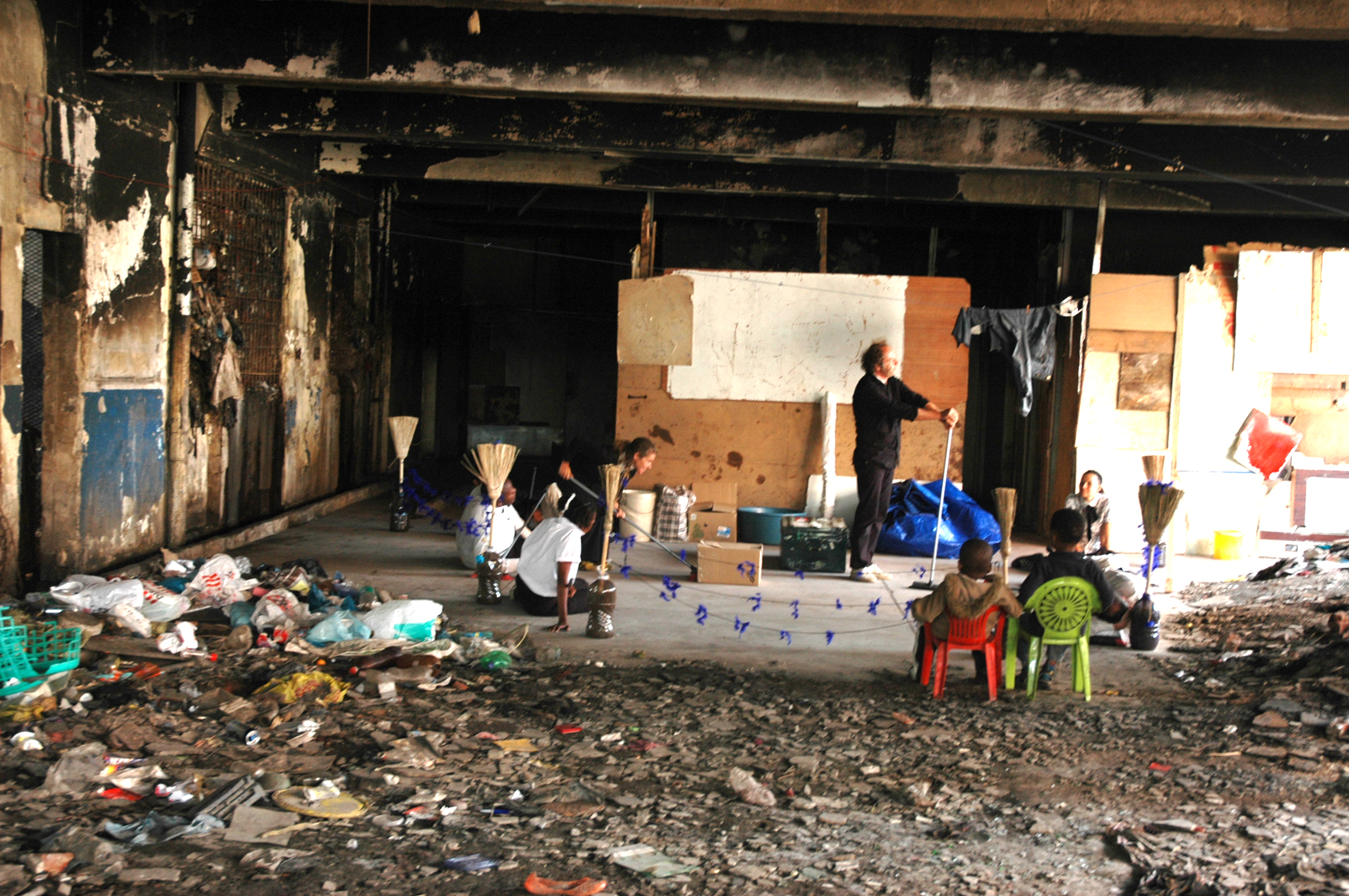 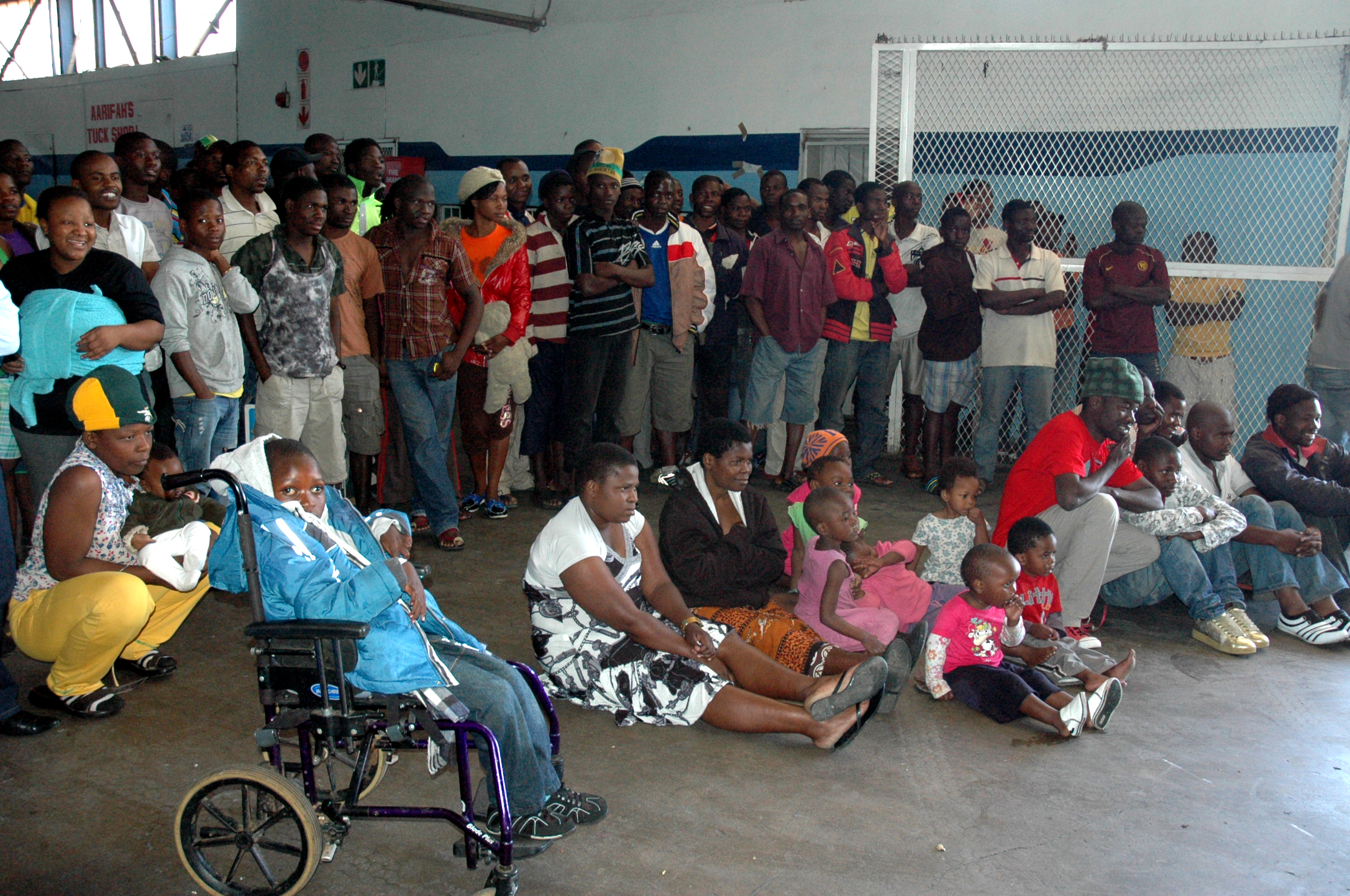 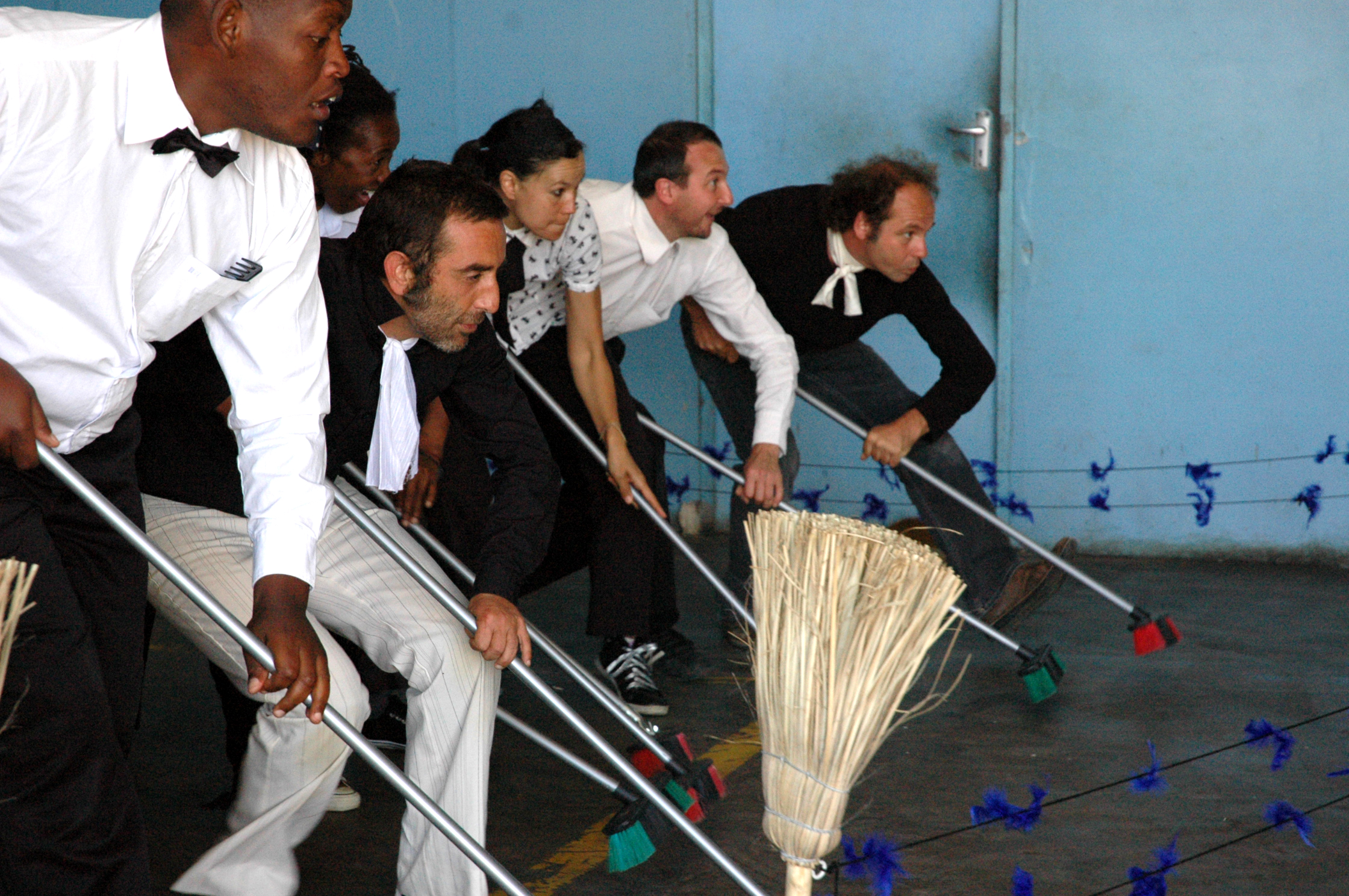 In June 2012, Clowns Without Borders South Africa and Clowns Sans Frontières cooperated on a tour in Cape Town, especially in Khayelitsha and Delft, performing for more than 7000 audience members. This tour was organised in cooperation with the Project for the Study of Alternative Education and helped launch their national literacy campaign, Nal’ibali, in marginalised and underserved communities in Cape Town. Clowns Without Borders also worked together with Ikhaya le themba helping to initiate healing and recovery in schools and communities affected by the recent violence in Grabouw.   In October 2012 the two chapters teamed up once again to organise artistic interventions in collaboration with Médecins Sans Frontières/Doctors Without Borders (MSF) and their mobile clinics. This tour specifically targeted immigrant children and families living in urban slums in Johannesburg. There were also some performances organised in schools in Alexandra Township in collaboration with Women and Men Against Child Abuse (WMACA).

“The project was wonderful never seen anything so natural. (…) Please come again to all schools in Alexandra.”

“The show was interesting and educational. There was a lot of creativity. Learners were taught not to pollute land and water.”

“As a school we enjoyed the presentation it drew our learners’ attention. (…) They were focused and concentrated until the end of the show. This was surprising to us teachers.”

“We really enjoyed your show, that is when they were singing and telling jokes using body language”

“I think some of the learners did not like the last part of the show when the fisherman went to town to find a proper job but he did not get it, then it showed us that we must learn hard so as to get proper jobs. It was touching because that fisherman had responsibilities to care of as a father.’”

From the slum dwellers:

“You made us laugh and forget what we going to have for dinner. Our stress dropped a little and now you are leaving too soon.”

“I hoped the show was longer. I was enjoying laughing. Thank you for coming.”